New York is on the precipice of completing a deal that would usher legal marijuana into the state. Earlier this week, Governor Cuomo (D) expressed that he and the state Legislators were “very close” to reaching an agreement.

For the third year in a row, the governor has attempted to pass marijuana reform legislation as part of his executive budget. Past efforts at reform from the gubernatorial office have largely been unsuccessful due to disagreements with the more progressive wing of Cuomo’s own party.

This time, however, negotiations will take place outside of the budget process.

Cuomo, who is currently facing a growing number of calls to resign amidst an onslaught of sexual harassment allegations, has been criticized in the past by drug policy reform advocates for pushing a legalization plan that prioritizes maximizing state revenue over reinvesting in the minority communities most victimized by marijuana prohibition.

In response, the governor’s office has released a proposal claiming that some funds from cannabis tax revenue may be used for minority community reinvestment purposes but doesn’t guarantee it. “The devil is in the details,” According to Melissa Moore, the New York state director for the Drug Policy Alliance. Moore says,

“The governor’s proposal has included some of the language from the MRTA about what the community grants reinvestment fund could be used for, but it hasn’t actually had the lockbox guarantee around funds going to communities.”

There have also been concerns that Cuomo’s plan, the Cannabis Regulation and Taxation Act (CRTA), won’t do enough to prevent the future criminalization of cannabis users. Under the CRTA plan, possession of marijuana purchased from an unlicensed source would remain a misdemeanor offense with potential jail time. In contrast, the Marijuana Regulation and Tax Act (MRTA) proposed by state legislators would make possession of illicit cannabis up to two pounds of flower or 4.5 ounces of concentrate a violation only punishable with a fine.

While the MRTA allows for six marijuana plants to be grown per household, The CRTA prohibits residents of the state from cultivating any cannabis plants inside their own homes, severely limiting access to consumers who don’t want to purchase from state-licensed dispensaries.

NORML, one of the largest cannabis advocacy lobbies in the country, rated both legalization plans at the beginning of this month. The New York NORML Chapter found that “[The] MRTA is far superior to the CRTA,” and gave the legislator’s plan an A- grade while only giving Cuomo’s a C-.

A recent poll conducted by Consensus Strategies found that New Yorkers favor marijuana reform policy that more closely resembles the MRTA. 52% of those surveyed said that they preferred legislation allowing state residents to grow a limited amount of marijuana plants at home, and 51% supported license preferences for social equity applicants.

In a Twitter statement on Tuesday, Senate Majority Leader Chuck Schumer (D) expressed his support for the legalization efforts taking place in the Big Apple. While he didn’t mention Cuomo by name, he did explicitly show his support for the MRTA plan saying,

“We must ensure that tax dollars flow to communities harmed by over-criminalization; small entrepreneurs and directly impacted people have an opportunity to enter the market through strong social equity provisions; marijuana is not used as pretext for criminalizing Black and Brown people, especially youth; and that individuals weighed down by past criminal convictions are given an opportunity to move on as productive members of society.”

Currently, Senator People-Stokes is optimistic that the legislation will advance before April 1st. 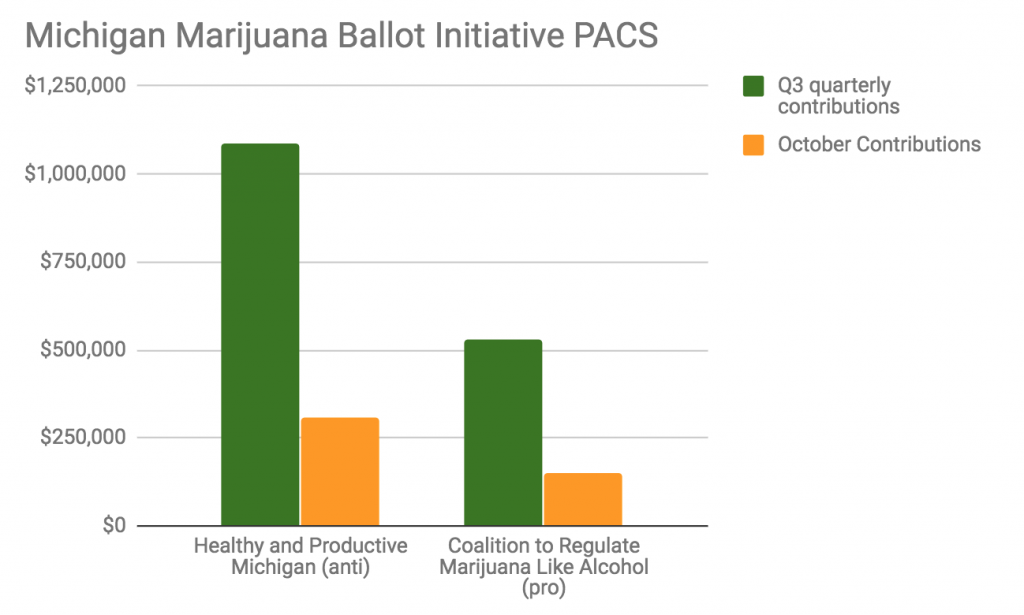 Colorado can do a lot more to make its legal marijuana market more open, transparent and equitable, a coalition of criminal justice reform advocacy groups said in a recent letter outlining regulatory recommendations.

The coalition, led by the Drug Policy Alliance (DPA), put forward 12 recommendations—ranging from the revocation of an industry-specific vertical integration requirement to the establishment of a micro-licensing program. The proposals were submitted to the state’s Department of Regulatory Affairs.

“Since Colorado became the first state to legally regulate marijuana, the national conversation has shifted from whether we’ll legalize to how we should do it,” Art Way, DPA Colorado state director, said in a press release.

“Colorado can do much more to address the lasting impacts of decades of mass criminalization. Given the current lack of diversity in Colorado’s legal marijuana market, we urgently need to follow the lead of other states and cities that are implementing policies to reduce barriers to entry in the industry.”

While one of the main objectives of cannabis reform has been to resolve the socioeconomic and racial injustices brought about by the war on drugs, excess regulations of Colorado’s legal system has created a new set of barriers—particularly financial—for communities that have been most impacted by prohibitionist policies, the coalition said.

With that said, the coalition is promoting a series of reforms in order to address concerns about “who can work in the industry” and “how the industry itself is regulated.”

You can read the full recommendation letter below.

Campaigns to legalize marijuana in two states have received sizable financial contributions from a national advocacy group less than two weeks before the midterm elections.

The Drug Policy Alliance’s political action committee, Drug Policy Action, said it was contributing $50,000 total in support of adult-use cannabis legalization measures on the ballot in Michigan and North Dakota, with the donations equally divided between the two campaigns.

“While we’ve been very successful with marijuana legalization so far, it’s critical that we keep moving the ball forward in the states, which will help us to further ratchet up the pressure on federal policymakers for national reform,” Maria McFarland Sánchez-Moreno, executive director of DPA, told Marijuana Moment. “That’s why DPA is leading the charge for marijuana legalization in New York, New Jersey, and New Mexico, and we’re of course lending our support to ensure that the initiatives in Michigan and North Dakota are successful.”

Legalizing cannabis in North Dakota could be politically advantageous in the long run, Michael Collins, interim director of DPA’s office of national affairs, told Marijuana Moment. Sen. John Hoeven (R-ND), who is a member of the crucial Appropriations Committee, might be more inclined to support federal cannabis reform amendments that come before the panel if his state votes in favor of the ballot measure, for example.

“Also, adding Michigan and North Dakota to the legal column would further demonstrate the stupidity of any [federal border] policy banning entry to and from Canada for marijuana use,” Collins said. “Almost half the states that border Canada would have legal marijuana.”

“This would also spur moves to end federal prohibition.”

At last check, a prohibitionist committee—funded entirely by Smart Approaches to Marijuana—had raised significantly more contributions in opposition of the North Dakota measure, compared to pro-legalization campaigns. The extra $25,000 will help level the financial playing field.

In Michigan, where there was a key campaign finance reporting deadline on Friday, things seem a bit more equitable. One major source of funding came from New Approach PAC, a national group that contributed more than $220,000 in support of the legalization measure throughout 2018.

DPA also recently put money toward candidates who back marijuana policy reform in a half dozen key congressional races. That includes a contribution to Collin Allred, a Democratic House candidate who’s facing off against the staunchly prohibitionist incumbent, Rep. Pete Sessions (R-TX), in a surprisingly tight race.

Rep. Jacky Rosen (D-NV) also received a contribution from DPA as she competes against incumbent Sen. Dean Heller (R-NV) for a Senate seat. Heller has been “mostly AWOL on our issues,” Collins said, whereas Rosen has consistently championed reform.

Here’s the full list of new candidate contributions from DPA:

Collins said DPA determined who they would donate to based on whether the candidate is “in a tight race where we could help” or if their election (or opponent’s defeat) could “help us advance drug policy reform on Capitol Hill.”