Remember the Colorado “cake artist” who refused to make a custom wedding cake for a same-sex couple in 2012? Well, after taking his case all the way to the U.S. Supreme Court and winning a procedural victory this year, he’s still having issues, according to a new lawsuit filed on Tuesday.

Part of the problem is that people keep requesting that he make marijuana and Satan-themed baked goods, Masterpiece Cakeshop owner Jack Phillips said. And he’s blaming Colorado officials for allegedly targeting him and creating a hostile environment for his family and business.

Phillips has made it patently clear that he won’t design cakes that conflict with his religious views—namely his belief that being gay or transgender is at odds with Christian values—but that also apparently extends to “controlled substances like marijuana and alcohol,” according to the complaint.

Yet some jokesters seem to be testing the cake man. 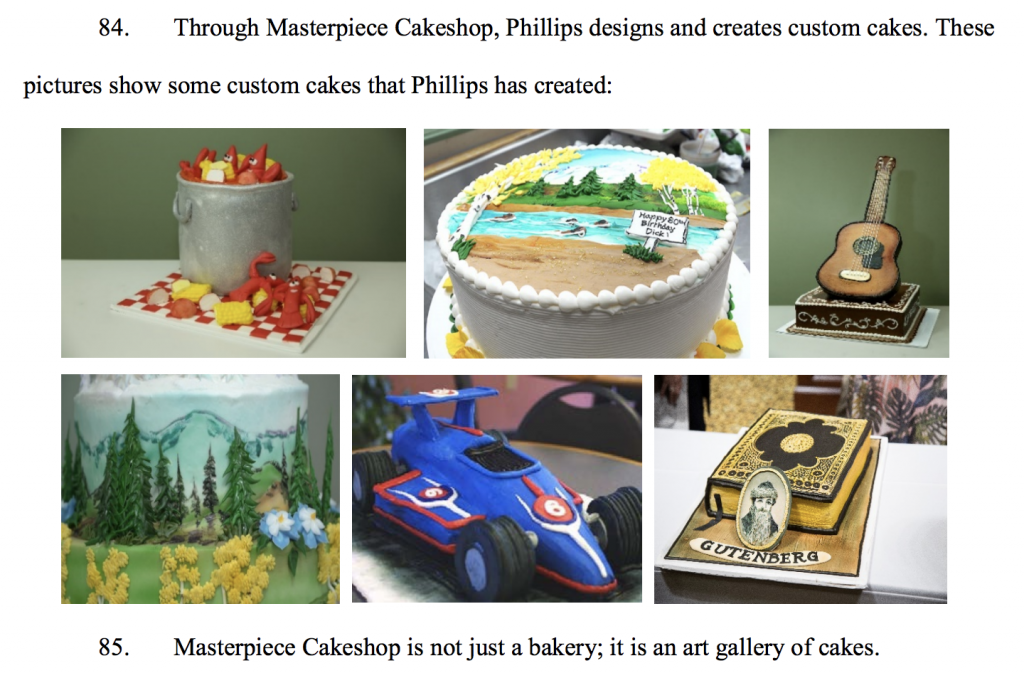 Via US District Court for District of Colorado

The complaint cites a specific example of someone calling his shop for an admittedly esoteric occasion:

“The caller asked Phillips to create a ‘birthday’ cake for Satan. The caller requested that the cake feature a red and black theme and an image of Satan smoking marijuana. Phillips declined to create that cake because it included designs that would have expressed messages in violation of his religious beliefs.”

The complaint doesn’t specify which tenet of Christianity explicitly prohibits the depiction of cannabis. But in any case, this is far from the first time that marijuana policy and religious rights have tangoed.

In fact, a campaign opposing a medical marijuana initiative in Utah cited the Supreme Court baker case ruling in a lawsuit also filed this week, which alleges that one provision of the measure would infringe upon religious liberties.

"right not to consort with, be around, or do business with people engaging in activities which their religion finds repugnant"https://t.co/vFv4rM0R4J pic.twitter.com/2h6FBuJlnd

Because the Utah measure includes language that prevents landlords from discriminating against medical cannabis cardholders, the group said Mormons would encounter situations where they’d be forced to rent to people who engage in activities against their religion.

“In the United States of America, members of all religions, including the Church of Jesus Christ of Latter Day Saints have a constitutional right to exercise their religious beliefs,” the complaint states, according to The Salt Lake Tribune. “This includes the right not to consort with, be around, or do business with people engaging in activities which their religion finds repugnant.”

Activists are skeptical that argument will hold up in court.