The use of topical cannabis products to treat symptoms of psoriasis and arthritis, or to help reduce localized pain and inflammation is a relatively new concept in modern medicine. Those among the medical cannabis community will not be surprised to learn, however, that a homemade cannabis salve is currently providing relief to a toddler suffering in Nevada when doctors and pharmaceuticals could not.

When Carter Grey Padelford entered the world on November 26, 2016, he did not look like most newborn babies. Carter’s skin was bright red, and pulled so tight that it was impossible for his eyelids to close all the way. “He was very…almost swollen,” said Shai Sifford, Carter’s mother. “Bright red–like fire engine red. And his skin was just extremely, extremely tight.”

These symptoms are caused by a rare skin disorder called lamellar ichthyosis. Affecting only one out of every 100,000 babies born in the United States, few doctors are familiar with lamellar ichthyosis, and even fewer understand how to treat the symptoms. “Doctors didn’t offer us much advice or help. I feel they neglected us because they didn’t know what was going on,” Shai said. “They told me to keep him covered and to avoid baths and to come back in two years when he was two.”

What is lamellar ichthyosis?

Affecting the skin, lamellar ichthyosis is a genetic condition that displays slightly different symptoms depending on the person. In Carter’s case, it causes his skin to grow up to 14 times faster than normal. His body cannot keep up with shedding the dead skin cells at that rate. As a result, the dead skin cells build up into dry, itchy, and painful scales which cause his skin to be pulled so tightly that it limits his mobility and causes bloody sores. His parents have to give him multiple oatmeal baths each day to moisturize his skin and scrub the scales off. As he grows rapidly, like toddlers do, this is overwhelming for Carter and his parents.

Very little is known about this rare genetic disorder, and Carter’s parents were desperate to do anything to help their little boy live a normal life. Posting about Carter’s experience on popular social media sites brought them a tip from a helpful stranger who found relief using cannabis infused shampoo.

Lucky to be living in Nevada, a state where marijuana is legal for both medical and recreational use, Carter’s grandmother learned how to make a salve at home using cannabis oil and other essential oils. Now, Shai covers him in the topical cannabis from head to toe multiple times each day, and it has produced dramatic results. “His progress has been insane,” Shai posted on social media. “His eyes could never really close completely, but since I’ve been using the cannabis oil on his eyelids, they are almost closing all the way.”

Like in the brain, immune system, and nervous system, endocannabinoid receptors are also found in skin cells. The cannabinoids in cannabis, like CBD, bind directly to those receptors in the skin when applied topically, delivering help directly where it is most needed. The psychoactive properties of cannabis are not translated through topical application, so Carter is not getting high or experiencing any negative side effects from this treatment method. It is simply helping his body work to heal itself naturally.

Carter’s parents understand that many people in the United States are not yet aware of the medical efficacy of cannabis. “I know there is a lot of controversy about cannabis use with kids, and I’m sure I’ll receive some backlash for choosing this method,” Shai said. “But cannabis has been literally changing his life, and I’m so excited I could burst.”

With 100 percent of precincts reporting, the initiative, Measure 3, was rejected 41-59 percent.

Under the proposed law, adults 21 and older would no longer have been subjected to criminal penalties for growing, consuming, selling or distributing cannabis. The measure would have, however, established penalties for the possession or distribution of marijuana to or by anyone under 21.

Measure 3 also included an automatic expungement system, which would have wiped the records of individuals who’ve been convicted of drug-related offenses that are now legal.

Additionally, the measure would have changed the definition of drug paraphernalia to exclude products used for cannabis.

LegalizeND was the main committee backing the measure. NORML and the Marijuana Policy Project also threw their support behind the initiative. 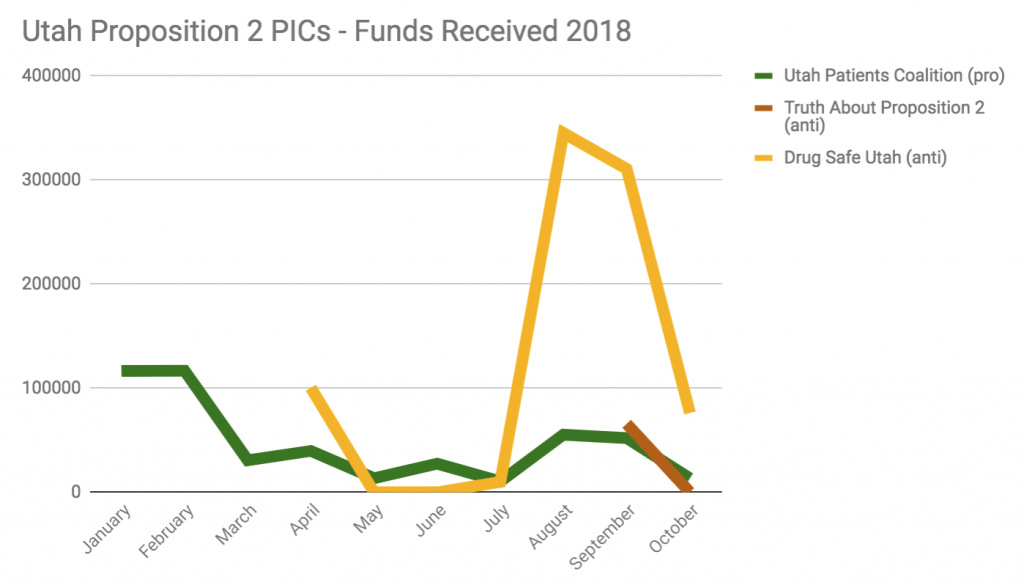