Canadians are more concerned about the actions of the U.S. president south of their border than they are about the impact of marijuana legalization in their own country, a new poll finds. 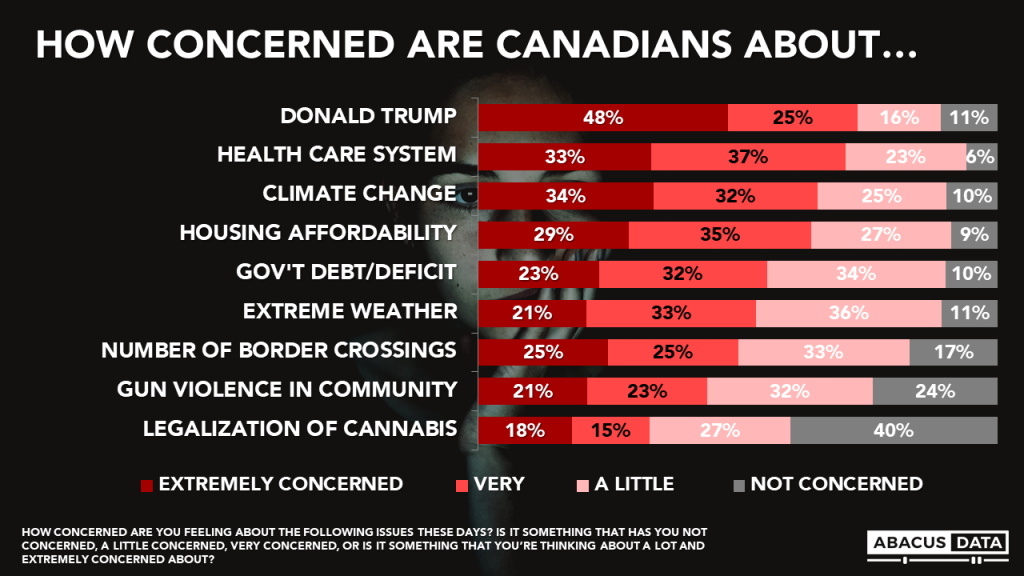 Four out of ten Canadians are wholly unconcerned about the end of marijuana prohibition, but only 11 percent feel that way about President Trump.

The survey, conducted by Abacus Data this month and released on Friday, also showed that the greater concern about Trump as compared to marijuana persists across party lines, with Liberal, NDP and Conservative voters all putting the U.S. president ahead of cannabis among their worries.

Among all Canadian adults, marijuana legalization was ranked last in their list of concerns, behind gun violence, border crossings, extreme weather, housing affordability and the health care system. Cannabis was also last among Liberal and NDP voters, but Conservatives are less concerned about gun violence and climate and weather issues.

When it came to regional breakouts and residents of big cities vs. other communities, marijuana legalization consistently ranked last among respondents’ worries.

Legal marijuana sales in Canada are expected to begin on October 17.